Seluk took to social media website Twitter following City’s Champions League defeat at the hands of Lyons, which Guardiola was forced to watch from the stands as he served a touchline suspension.

The tweet featured a cartoon showing the former Barcelona coach in pain as an African witch doctor sticks a pin into a voodoo doll.

Seluk, who represents Toure, has been in a long-standing feud with Guardiola over his treatment of the Ivorian midfielder.

Toure left the Etihad at the end of last season when his contract expired, and a few weeks later he attacked Guardiola for having ‘problems’ with African footballers.

“He [Guardiola] insists he has no problems with black players, because he is too intelligent to be caught out,” Toure told France Football. “But when you realise that he has problems with Africans, wherever he goes, I ask myself questions.

Most read in Premier League

Leeds-supporting Liverpool star was banned from wearing red... because of Man United

Tony Blair could be running the Premier League soon

“He will never admit it. But the day he will line up a team in which we find five Africans, not naturalised, I promise I will send him a cake.”

Seluk believes Africa has turned against Guardiola due to his actions.

“He turned all Africa against himself,” Seluk said of Guardiola earlier this year. “Many African fans turned away from Manchester City.

“And I’m sure that many African shamans in the future will not allow Guardiola to win the Champions League.

“This will be for Guardiola an African curse. Life will show whether I am right or not.”

Maxwell Cornet and Nabil Fekir each scored as Lyons secured a 2-1 defeat of City on Wednesday evening. Mikel Arteta was acting as the hosts’ coach in Guardiola’s absence.

West Ham boss Manuel Pellegrini has hit back at Yaya Toure’s agent and claimed he turned down the chance to sign the former Manchester City star this summer.

It was claimed Toure was looking to remain in the Premier League after leaving the Etihad Stadium this summer following an eight-season spell at City. 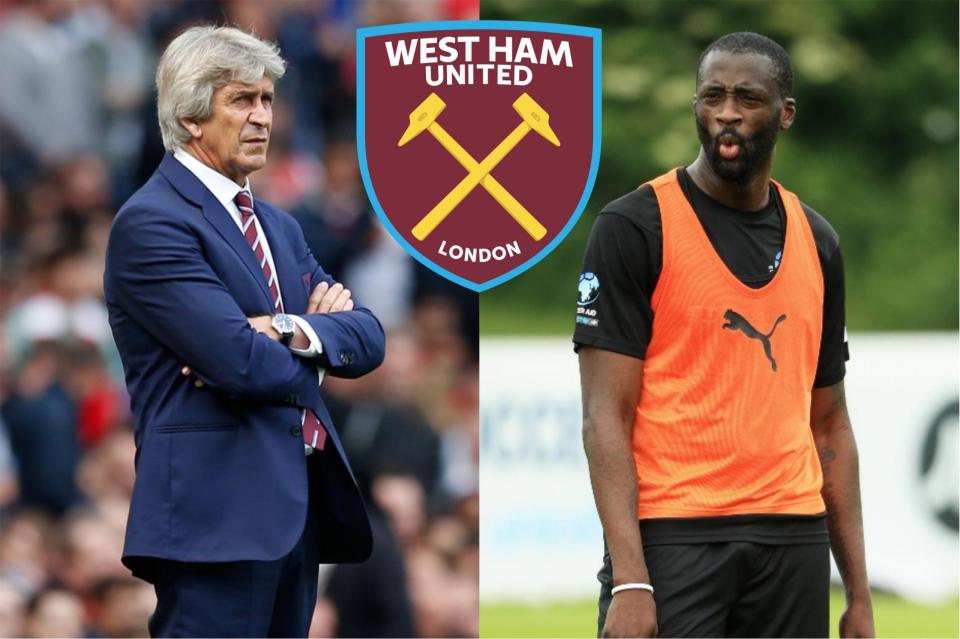 He was subsequently linked with a move to team-up with his former Blues manager at West Ham, but Pellegrini decided to look elsewhere.

Toure’s agent Dimitry Seluk this week aimed a dig at the bottom-of-the-table Hammers, when announcing on Twitter that Toure was having a medical in London.

It has since been claimed he has agreed to rejoin former club Olympiacos, having undergone his medical with the Greek giants in London this week.

But responding to Seluk’s barb, Pellegrini, who brought nine new players to the London Stadium this summer, said: “The words of the agent of Yaya were unfortunate.

“I spoke with Yaya, I know how I appreciate him as a person, as a player.

“I think he is a very good player. In the moment that we were doing our squad list, that position was covered by other players.

“We needed money to bring in other positions, so I explained to Yaya clearly why he cannot come here but I hope he will find a good club, a big club, because he is a very good player.

“I spoke with Yaya. He wanted to stay in England. When I was at Manchester City, he received an offer away from China, but he always told me he wants to stay here in England.

“He continues to try to be here. I suppose West Ham was one option. For me as a manager also. But unfortunately that position was covered by other players.”

West Ham face Wolves on Saturday desperate to pick up their first points of the season following three straight defeats.

Pellegrini added: “It’s the second game at home, we lost the first one against Bournemouth so of course we must win this one.

“We made mistakes in the last home game but now we cannot allow to repeat that.”

Striker Marko Arnautovic is fit despite picking up a knee injury against Arsenal last weekend.