Back in the day, Ally McCoist was crowned Europe’s most deadly marksman. Twice.

In fact, the Rangers legend was only recently surpassed by Lionel Messi for the most consecutive Golden Shoes, after the Barcelona star won it for a third time in a row this year.

These days his infectious personality can be heard on talkSPORT’s Breakfast Show (Monday to Friday fro 6am), and talkSPORT.com decided to ask him about his greatest memories as part of a new series, where he talks about a glittering Rangers career and playing alongside Paul Gascoigne.

My greatest game was probably the 1983 League Cup final, when we beat Celtic 3-2 and I managed to get a hat-trick.

We had two or three players out with suspension and injury. Nobody really fancied us and there were about 88,000 at Hampden Park that day. We won it 3-2 in extra-time and I scored all three!

Greatest atmosphere: Rangers vs Dynamo Kiev, 1987, and Rangers vs Leeds, 1992

The two greatest atmospheres that stick out in my mind: one was when we played a great Dynamo Kiev team at Ibrox in 1987. They were effectively the Russia national team. They were a tremendous side and we managed to beat them 2-0.

The Leeds United game at home in the Champions League qualifier in 1992. I can still remember looking across in the tunnel at Gary Speed, Gary McAllister and Gordon Strachan. And the noise from Ibrox will stay with me for the rest of my life. It was an absolutely incredible atmosphere to play in.

It’s a tough one. I played with some fantastic players. Paul Gascoigne and Michael Laudrup were sensational players, they really were. But also, a couple of the home-grown boys like Davie Cooper and Ian Durrant were absolutely fantastic talents. It would be difficult to pick one.

I was lucky enough to play against some of the best Italian defenders, like Franco Baresi and Paolo Maldini. It would be difficult to split them.

The big German centre-back Jurgen Kohler, who won the Champions League with Dortmund in 1996 and played with Germany for a number of years, he was a different type of centre-back. He was big, strong and aggressive – whereas Baresi was a thinking man’s defender.

Maldini was a great athlete; you just have to look at his career to see what an unbelievable footballer he was [he played for Milan from 1985 until 2009]. He could effectively play anywhere along the back. He was physically a specimen, but also a clever defender.

The Italian boys were different. They were very aggressive but they were thinking defenders. You were always thinking about what your next move was. They were brilliant defenders to play against.

I know it sounds crazy, but I remember a tap-in towards the end of the 1986/87 season against Dundee. We hadn’t won the league for about eight or nine years. We’d just signed big Terry Butcher and Chris Woods and all these guys, so there was massive pressure on us to win the league.

It was getting to the business end of the season and it was very close, it was nip and tuck. We needed to win games.

Somebody took a shot and it hit a defender. It dropped about seven or eight yards out and I just knocked it in off the post.

I can just remember the elation, but more the relief for that goal going in. It wasn’t a classic by any stretch of the imagination, but I still remember the importance of it.

Greatest moment: Winning the Scottish Premiership with Rangers in 1987

I think winning the title for the first time in years in 1986/87. I’ll never forget, that was my first title. I can remember the bus journey down from Aberdeen to Glasgow, normally about two and a half three hours, but it took about five hours. It was just one of the great trips and it was very special.

I enjoyed all the kits I played in, but I enjoyed the one in ’96 with Gascogine and Laudrup the most. That’s a special one with good memories. 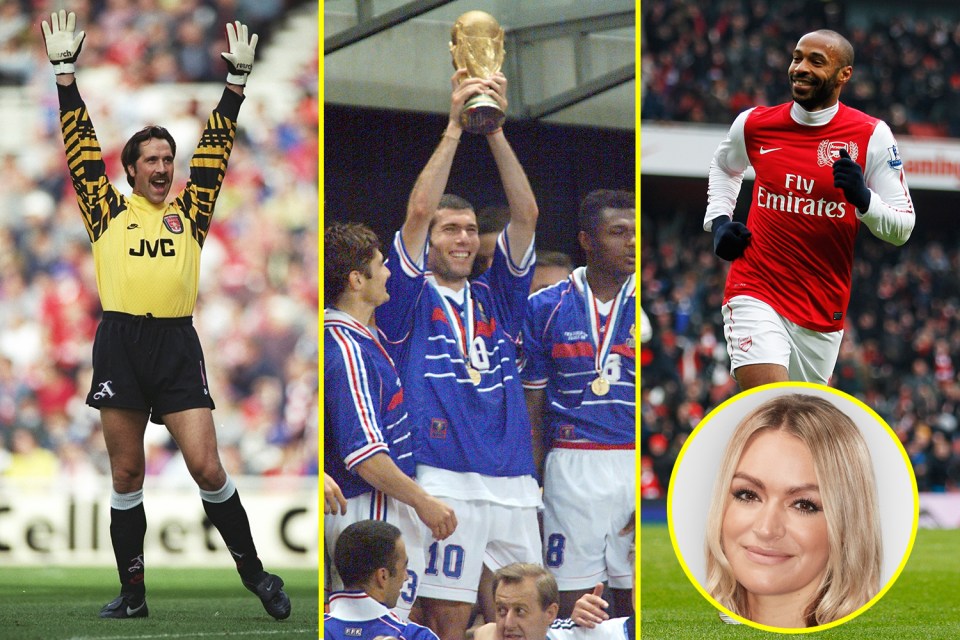