Arsenal once were known for nurturing young talents and bringing them into their first-team.

The likes of Aaron Ramsey, Jack Wilshere, Cesc Fabregas, Alex Song, Kieran Gibbs, Theo Walcott, and Wojciech Szczesny are just some of the youngsters who became regulars under Arsene Wenger. 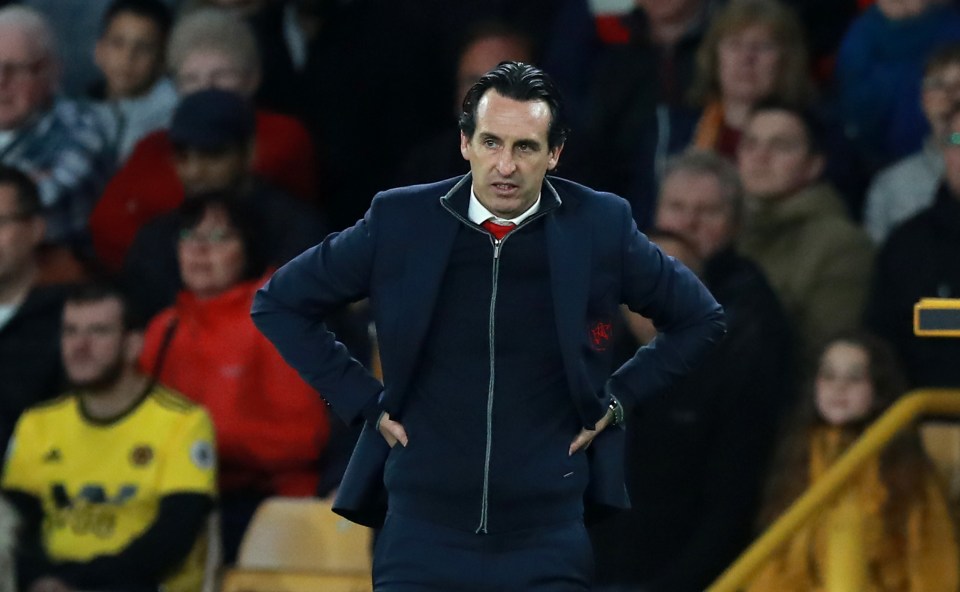 Unai Emery looks set to be frustrated by Arsenal’s transfer budget this summerThis, though, has changed in recent years with the Gunners mainly shelling out for proven talents like Pierre-Emerick Aubameynag, Alexandre Lacazette, Bernd Leno, and Sokratis Papastathopoulos.

Matteo Guendouzi has come in, while Reiss Nelson and Emile Smith Rowe are just two of the promising starlets in their squad.

But it can’t excuse the club for losing four exceptional youngsters in three campaigns, as they have done.

Unai Emery, 47, has a budget of just £40million this summer and, as he struggles to make it stretch, there are players, all under 24, worth a combined £80million, as a conservative estimate, the club has cast aside on the cheap.

So, what happened to Serge Gnabry, Ismael Bennacer, Donyell Malen, and Jeff Reine-Adelaide? talkSPORT.com takes a look below…

How Man United could line-up next season with Wan-Bissaka, Ben Yedder and McGinn

How Juventus could line-up next season with De Ligt, Rabiot and Ramsey

Big things were expected from Bennacer when he first joined from Ligue 2 side AC Arles-Avignon in 2015.

The midfielder was unable to make the breakthrough at the Emirates – making just one first-team appearance – and subsequently joined Empoli on a permanent deal two years later.

The 21-year-old has been an ever-present since signing for the club, with Genoa reportedly in talks with Empoli over striking a deal for Bennacer this summer.

However, the Gunners did have a buy-back clause inserted into the sale of Bennacer, indicating they remain a fan of his.

The north London side have the right to match any accepted bid for the young midfielder to re-sign him.

Should they refuse the opportunity to do so, they will receive 30 per cent of the fee he is sold for.

Fiorentina have bid for the player but it appears Bennacer isn’t keen on the switch after their troubles last season.

Once deemed not good enough for West Bromwich Albion, Serge Gnabry’s career has suddenly taken off like a rocket.

After a prolonged period of obscurity in professional football, albeit hampered by injury, 2018/19 was one to remember for Gnabry as he was named Bayern Munich’s player of the season in a title winning campaign.

The 23-year-old scored 15 goals in all competitions, while he has also established himself as a key part of Joachim Low’s Germany squad.

It all looked so promising for Gnabry early on in his Emirates career, as he was handed his Premier League debut as a teenager by none other than Arsene Wenger.

However, after suffering a cruciate knee ligament injury the 23-year-old was unable to force his way back into Wenger’s plans on his return.

A miserable loan at the Hawthorns followed, where then Baggies boss Tony Pulis claimed he ‘was not at the required level’ to compete.

“Serge has come here to play games but he just hasn’t been for me, at the moment, at that level to play the games,” he said.

Not good enough to play for West Brom though

Congrats my bro I always knew you were the best

“He’s come from academy football and not played much league football.

“As a manager you pick a team that’s going to win a game of football.

“You pick your best team, you don’t leave people out because you don’t like them, because of this, that and the other.”

After rebuilding his career at Werder Bremen and Hoffenheim, Gnabry has grabbed his big break with both hands at Bayern – and proved certain people very wrong in the process.

Having progressed through the Lens academy, Reine-Adelaide moved to Arsenal in 2015.

The following season he made six appearances, all coming in cup competitions, before being loaned to Ligue 1 side Angers.

That productive loan spell with Angers saw him return for pre-season back in north London last summer under new boss Unai Emery – but he was soon shipped out of the club.

In an interview with Goal, the France Under-21 international revealed that he was told he was surplus to requirements before getting the chance to ever prove his worth at the Emirates.

“It is true that I would like to speak a little less of Arsenal. I was young. It was complicated,” he said.

“There was so much competition that it was difficult to get into the coach’s line-up.

“He [Emery] told me that the club did not rely too much on me.

“I took a blow, but Angers were on the lookout. It was a new chance, a new beginning.

“The train does not pass often and I was happy to get back in the right car.”

Still only 21, Reine-Adelaide is another former Gunner who looks set for a bright future and could be on the move with a release clause of around £10million.

Another youngster who was tipped for big things at the Emirates was Dutch forward Malen.

The 20-year-old opted to leave Arsenal in the summer of 2017 to move to PSV Eindhoven – despite being offered a contract extension in north London.

Malen will certainly feel he was vindicated in his decision to return to his homeland though, most recently notching 10 goals in 40 appearances for the Dutch giants.

The 20-year-old forward moved to Arsenal from Ajax in 2015 but he spent just two years in North London, where he failed to make a single first-team appearance notching 44 goals at youth level.

Despite that, Malen was reportedly very highly rated in north London, hence he was offered an improved deal two summers ago.

But it wasn’t enough to convince the player and is another talent they have lost at a crucial time.