Konstantinos Mavropanos may not be the most familiar name to Premier League fans, but Arsenal fans are delighted he is starting against Watford.

The 21-year-old joined the Gunners last season, but was restricted to just a handful of appearances during Arsene Wenger‘s final season.

But the burly centre-half from Athens proved he was capable of mixing it up in the Premier League with a series of robust performances at the back-end of the season.

During the game against Manchester United at Old Trafford, he bullied Romelu Lukaku and put in a fantastic individual performance.

His last start however saw him sent off at Leicester City – perhaps an indication he needs to curb his enthusiasm.

But with Unai Emery’s side taking on the physical Hornets on Monday night, fans believe Mavropanos has the required physicality to deal with Troy Deeney.

The powerful striker is enjoying a fantastic season and his direct style of play seriously bothered the north Londoners in the reverse fixture.

While Mavropanos’ inclusion may come as a shock to some, it seems as though plenty of fans are relishing the individual battle which is set to take place at Vicarage Road.

Check out what they had to say on social media below!

So excited to see mavropanos play. Need his physicality against deeney

I love the fact that we've brought Dinos Mavropanos into the starting lineup just to annoy Troy Deeney.

Mavropanos to Deeney in the Tunnel pic.twitter.com/gCyvUlSiXN

Sven Mislintat’s departure from Arsenal has come as a shock as the turbulence behind the scenes at the club comes to the surface.

The German will officially leave on February 8, 2019 just over a year after being made head of recruitment at the club.

Arsenal said in a statement Mislintat “has done a truly outstanding job in helping us recruit players who are making a big impact now and will do so even more in the future.”

The Gunners have made eight signings since the 46-year-old has been at the Emirates and this got us thinking – how good have they actually been?

Below you can see talkSPORT.com’s review of how Arsenal’s eight newest signings have done so far and what the future is likely to hold for them.

It’s been almost a year since Pierre-Emerick Aubameyang joined Arsenal and he’s been good so far.

Aubameyang, 29, has a few good years left in him and the only concern for Arsenal may be that bigger clubs could pursue the Gabon international if the team doesn’t progress. For now though, his future at the Emirates looks very secure.

Another January 2018 recruit, Henrikh Mkhitaryan was part of the swap deal that saw Alexis Sanchez move to Manchester United.

The Armenian has hardly set the world alight at Arsenal but he’s had much more of a positive impact than Sanchez has at Old Trafford.

Injury has held Mkhitaryan back a bit but Gooners will be hoping he can improve after his latest setback – a foot injury sustained in December.

The 21-year-old has made just three appearances for Arsenal since signing over a year ago but a lot of this is due to injury.

Konstantinos Mavropanos picked up a groin strain at the start of the season and only returned to training this month.

However, he’s viewed as a long-term investment and could even get his chance to impress soon with injuries to Hector Bellerin, Rob Holding and Nacho Monreal’s leaving their defensive resources depleted.

The Greek was signed for £2.2million – peanuts in today’s market.

On his way back

When does Higuain need to be registered to play against Tottenham?

It’s between Aubameyang and Lucas Torreira as Mislintat’s best recruit but the Uruguayan edges it because he was a player that Arsenal desperately needed.

Torreira is a tough-tackling defensive midfielder, who breaks up the play of the opposition well and has given Arsenal the steel they have lacked in the middle of the park for so long.

He’s popular with the fans because he’s a player who wears his heart on his sleeve too. This was in full flow when he scored during Arsenal’s fantastic comeback win over north London rivals Tottenham in December.

Torreira was injured briefly during the Christmas period which coincided with a downturn in form for the Gunners, illustrating just how important he is. They can’t afford to lose him.

Bernd Leno started out as Emery’s No.2 goalkeeper but the German got his chance to impress in late September and hasn’t looked back since.

He’s not the perfect goalkeeper but is an improvement on an ageing Petr Cech, who is retiring at the end of the season.

Cech’s retirement also suggests Leno will be viewed as the first choice keeper for many seasons to come.

The Swiss veteran joined on a free transfer from Juventus in the summer but has struggled to replicate the same form as he did in Turin, so far.

Whether that’s because the players he’s around are not as good or if, at 35, the years are catching up on him but Lichtsteiner has been distinctly average.

The right-back only signed a one-year deal last summer and he probably wouldn’t be missed that much but we could see him figure a lot more after Hector Bellerin was ruled out for the rest of the season.

Sokratis Papasthathopolous joined in the summer from Borussia Dortmund for £18million and has been decent value for the fee.

The Greek has shown good leadership in some games – working well with Laurent Koscielny to keep Eden Hazard quiet last weekend during their victory over Chelsea.

But there have also been some disastrous defensive performances from Arsenal this season including a 5-1 defeat at Liverpool in December.

Sokratis should stick around for a few more years but if Arsenal are serious about challenging for league titles in future then they’ll have to recruit someone a bit better than the 30-year-old.

This score might be a bit harsh as Matteo Guendouzi has shown he has talent in some games but the Frenchman hasn’t done it consistently enough at present.

The Gunners signed Guendouzi in the summer from French club Lorient and at 19, he is definitely viewed as one for the future.

He’s made 20 out of a possible 23 appearances in the Premier League for the club which is an impressive haul for a player who’s still developing.

When Arsene Wenger said goodbye to Arsenal after 22 years at the club, whoever succeeded the Frenchman was going to be the most important piece of recruitment under Mislintat.

And generally, Emery has been a success. He guided Arsenal to a 22-game unbeaten run in all competitions earlier this season. The fixtures were generally quite kind to them but it’s still a noteworthy achievement.

However, with the departures of Mislintat, chief executive Ivan Gazidis and director of football Raul Sanllehi all in quick succession, the circus upstairs could prevent the Spaniard from restoring Arsenal as a team that regularly makes the top four. 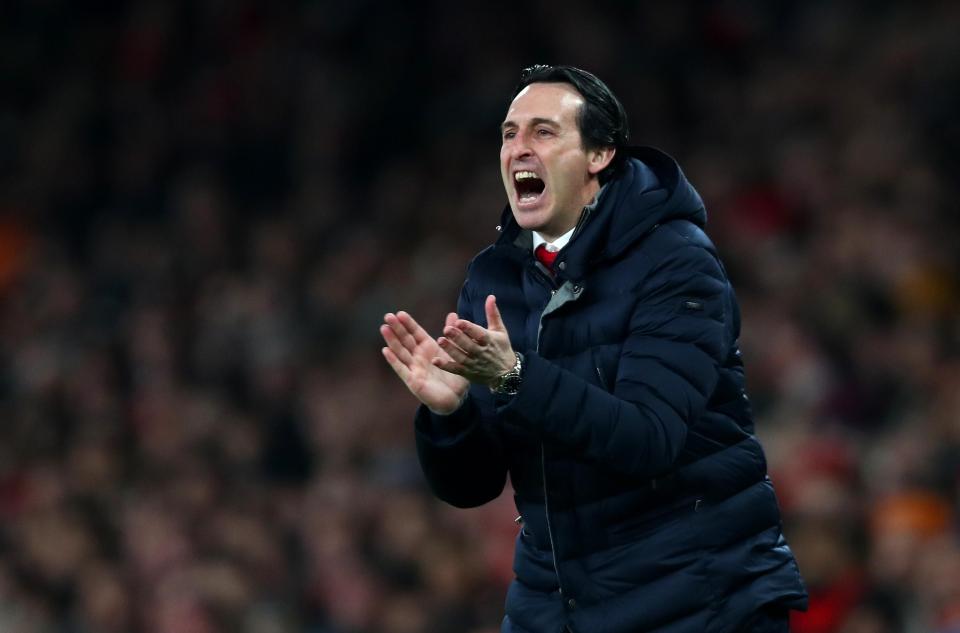 Emery has made a good start as Arsenal boss