There’s a lot of pressure to succeed when your dad has had a very good football career and you decide you’re going to enter the same profession as him.

But it looks like Lilian Thuram‘s son Khephren is well on his way to emulating his old man’s achievements as he is currently on the books at Ligue 1 side Monaco.

And judging by Khephren’s goal in an Under-19 match at Chelsea, he could end up being some player.

The midfielder picked the ball up miles out before unleashing a powerful strike straight into the top corner.

However, as you’ll see from the video below, Khephren’s reaction was pretty subdued for scoring such a great goal as it was a mere consolation, with Monaco going down to a 3-1 defeat in Cobham.

Schalke vs Man City live on talkSPORT: Tune into full coverage from Gelsenkirchen

Arsenal, Tottenham and Manchester United are set to battle it out for Marcus Thuram – the son of French World Cup winner Lilian.

Thuram Jr, 21, has hit 10 goals in 17 appearances this season for Guingamp and his form hasn’t gone unnoticed.

The young forward scored the winner for the Ligue 1 basement side in a shock win over Paris-Saint Germain in the French Cup last week.

The Premier League trio all reportedly sent scouts to check on him at the weekend against Saint-Etienne.

And Thuram came in for praise, despite the fact his side fell to a 12th league defeat of the season.

The former France Under-20 international joined Guingamp from Sochaux in July 2017. 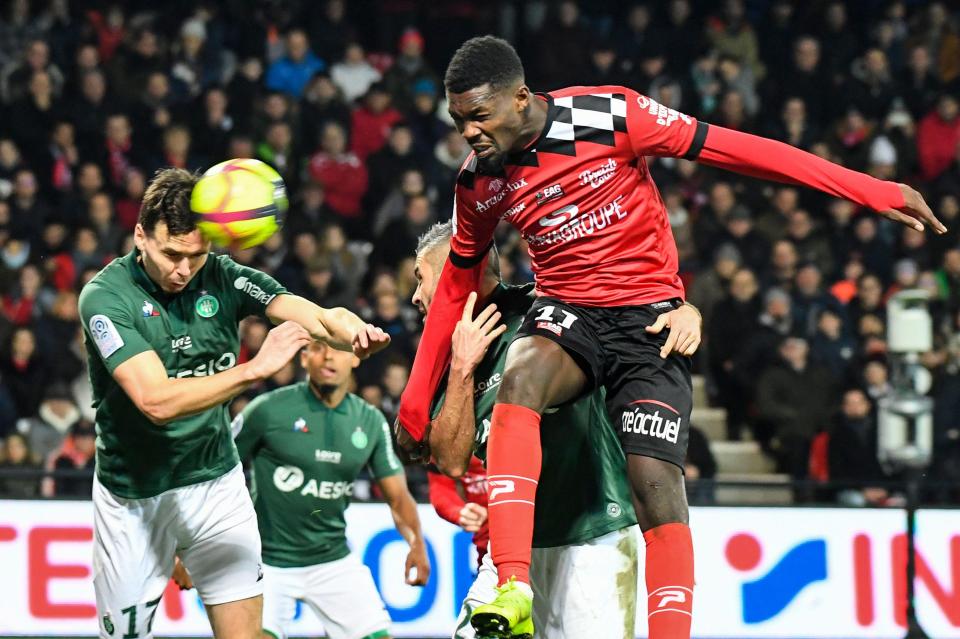 Thuram Jr still has a long way to go to live up to his father’s legacy.

Father Lilian won the 1998 World Cup and Euro 2000 with Les Bleus during his 142 international appearances.

Now 47, the defensive powerhouse previously played for the likes of Parma, Juventus and Barcelona – racking up 800 appearances along the way.

Most Read In Football

The three goalkeepers Leeds are monitoring, plus teenager star to leave?

Will Everton line-up like this at the end of January with Dzeko and Fraser?