Mkhitaryan made 59 appearances in all competitions for Arsenal, scoring nine goals.

It is understood the Italian club will pay all of his £180,000-a-week wages and have an obligation to sign him on a permanent deal next summer, which is thought to be triggered by him playing 25 matches.

Fiorentina have reportedly paid £1.7million up front for Duncan, scorer of 32 goals for the under-18s in his first season since arriving from Manchester City in 2018 and there is also a 20 per cent sell-on fee for the player.

Matteo Darmian, meanwhile, is the fourth player to leave Ole Gunnar Solskjaer’s Manchester United side for Serie A this summer, with Romelu Lukaku and Alexis Sanchez having joined Inter before Chris Smalling made his loan switch to Roma last week.

Grealish 'dive': Referee made an 'honest decision' to rule out Villa goal

Eriksen speaks out as Spurs stay confirmed, Duncan thanks Liverpool after exit

The full-back has returned to Italy to join Parma and the deal is also believed to include a sell-on clause, with the Italy international signing a deal until 2023 at the Stadio Ennio Tardini.

Darmian joined United in 2015 from Torino in a reported £12.7million deal and went on to represent the club 92 times in all competitions.

Solskjaer confirmed on Friday a move was on the cards for the full-back and later reiterated Paul Pogba would not be leaving for Real Madrid or anywhere else before the European deadline. 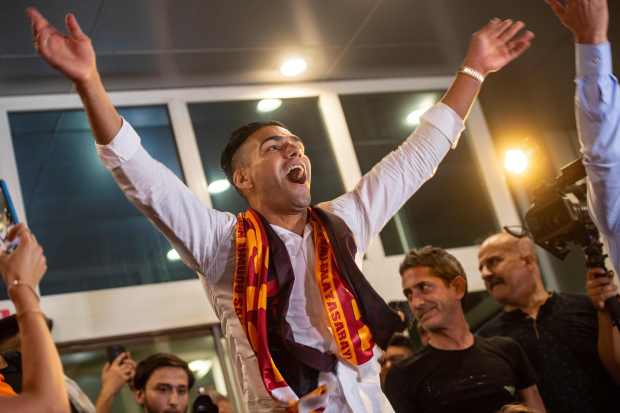 Mauricio Pochettino can relax now, the transfer window is closed until January

Fernando Llorente: Napoli (free – had been released by Tottenham)

Llorente had been without a club since he left Spurs at the end of his contract in June, while Spurs also sold 20-year-old Marcus Edwards to Portuguese club Vitoria.

The Brazilian, who is in the final year of his contract, spent the last 18 months on loan at Newcastle, where he scored three goals in 41 appearances.

Despite featuring in Chelsea’s pre-season preparations, Kenedy has failed to break into Frank Lampard’s first-team squad for the Premier League campaign.

Since joining the Blues from Fluminense in 2015, Kenedy has made 27 appearances and was an unused substitute in the first two league games of this season.

Celtic have signed teenage defender Jeremie Frimpong from Manchester City, with the 18-year-old right-back has agreeing a four-year contract with the Scottish champions.

Striker Stefano Okaka has joined Udinese from Watford on a permanent deal and Yannick Bolasie has joined Sporting from Everton on loan, having been at Goodison since 2016.

French side PSG snapped up Mauro Icardi from Inter on loan and landed Real Madrid goalkeeper Keylor Navas, while in Istanbul, Galatasaray fans lit flares to await the arrival of Radamel Falcao on loan from Monaco.

Tottenham Hotspur are ready to sell eight stars this summer as they continue their rebuilding plans.

Mauricio Pochettino has added Tanguy Ndombele to his squad in a club-record transfer which has thrilled supporters.

Spurs are now being linked with a move for Real Madrid ace Dani Ceballos as they look to add to their squad after 18 months without a signing.

But their next transactions could end up being sales with eight players up for grabs.

And Pochettino, according to the Daily Mail, is showing no mercy by allowing England internationals Danny Rose and Kieran Trippier to go.

Joining the two first-team players on the market are Serge Aurier, Victor Wanyama, and Vincent Janssen.

Meanwhile a number of young players are also set to be moved on, including Josh Onomah, Cameron Carter-Vickers, and Marcus Edwards.

It’s unlikely all of them will end up leaving but Spurs are prepared to listen to offers.

The on-loan Spurs youngster, 20, has put in some stellar performances in the Eredivisie since the turn of the year culminating in a goal and an assist in a 2-1 win against FC Emmen.

After starting well, he was an unused substitute with the club he joined on loan in the summer towards the end of 2018.

He’s now hitting his straps, though, and his contribution last weekend against Emmen saw the Dutch side come from behind to register a victory.

And Fortes has heaped praise on Edwards for his incredible ability and backed Spurs manager Mauricio Pochettino’s decision to compare him to Lionel Messi back in 2016.

“He is of a bizarre level, what he can do is really not normal, I have not experienced a better player in my career, and Mauricio Pochettino did not make that comparison with Messi for nothing,” Fortes told Voetbal International.

IT'S ALL KICKING OFF

Tottenham post picture fans have been waiting to see since January

you have my word

Leaked images of Newcastle United kits for next season

What Chelsea would have to pay to sack Maurizio Sarri

“He was referring to his way of moving and there is really something in him.”

Edwards now has two goals and two assists in 14 appearances and completes the most dribble per game (3.6) in the Dutch top-flight.