Rangers manager Steven Gerrard has taken aim at Scotland’s coaching team after accusing them of being ‘careless’ with Ryan Jack’s fitness.

The Gers midfielder aggravated an ongoing knee issue after joining up with the international squad last week.

As a result Jack was ruled out of last Friday’s defeat by Russia before being sent back to his club ahead of Monday’s loss to Belgium.

Gerrard felt the 27-year-old had been overworked by the Scotland coaching staff after doing a double session two days after Rangers’ defeat by Celtic.

The former Aberdeen player is now a doubt for his club’s Scottish Premiership encounter with Livingston at Ibrox on Saturday.

Gerrard said: “Unfortunately he was asked to do an 11k session two days after an Old Firm, which made his knee flare up.

“So we have had to manage him, he has had to have a couple of procedures since.

“He did a light session with the physio today (Thursday) and we are hoping to get him into training tomorrow.

“I think it’s just careless. You should never, ever do 11k two days after playing 90 minutes. That’s the education I’ve had.”

Gerrard did not take up his frustration with national team manager Steve Clarke, who was one of the former Liverpool midfielder’s coaches at Anfield, leaving it instead to his fitness coach to speak to his Scotland counterpart.

MOST READ IN FOOTBALL

'If you walk off the pitch, you're letting the racists win' - Glen Johnson

The pair had a much publicised public fall-out earlier this year when Gerrard accused the then Kilmarnock manager of trying to get Jermain Defoe banned after Clarke highlighted what he claimed were inconsistencies in disciplinary action over simulation.

Gerrard added: “Ryan’s got a knee issue that he manages and he has done for a long time.

“The SFA are aware of that, their fitness coach is aware of that. I think everyone in Scotland watched the Old Firm and saw Ryan play 90 minutes.

“And then, 48 hours afterwards, he did a double session.”

St Joseph’s, who finished third in the Gibraltar Premier Division last season to qualify for the preliminary round of the competition, will be looking to shock Steven Gerrard’s side.

Celtic, under Brendan Rodgers, were stunned when Lincoln Red Imps beat them in Gibraltar three years ago.

All six players featured in Rangers’ 5-0 friendly win over Oxford on Sunday, with Stewart and Ojo finding the target.

Gerrard admits the new boys have given him a selection headache ahead of their first leg clash against St Joseph’s at the Victoria Stadium.

He said: “I thought in the main they were all very positive with their debuts. A lot of them are here with us and should play some part.

“We are very pleased with not just Sunday’s performance, but how they have all settled in really quickly.

“Andy [Halliday] and I were speaking in the car on the way here about how they have started very strongly, and straight away they have given me big decisions to make.

“As the weeks go by, sometimes I’m going to have to make big calls and leave big players out who are good players. But we are hoping this is going to be a 60-game season.”

Alfredo Morelos, who has been linked with a move away from Ibrox after bagging 30 goals last term, has travelled to Gibraltar after missing the Oxford win with a groin strain.

It could see veteran striker Jermain Defoe lead the line for the Gers. 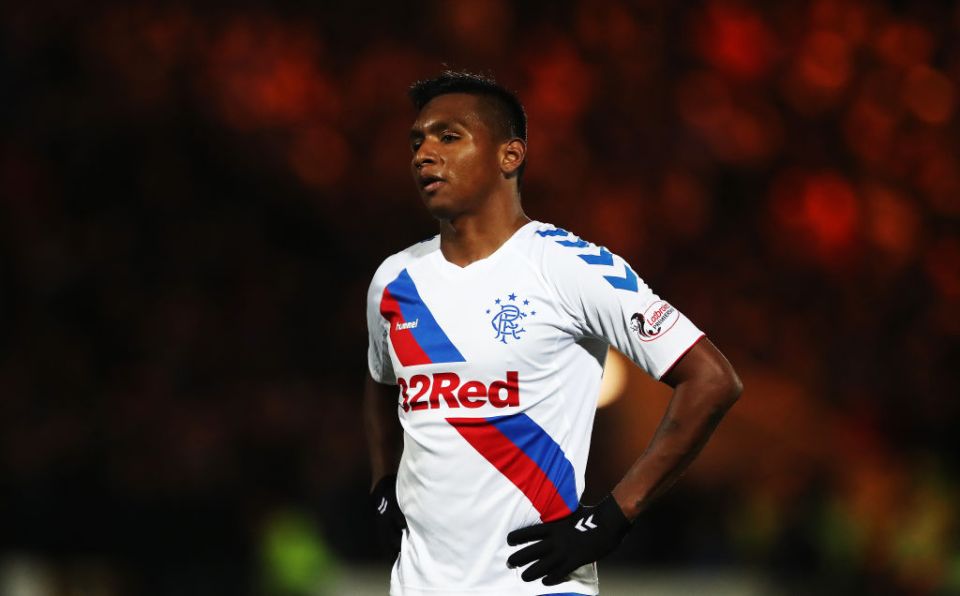 Influential midfielder Scott Arfield will not feature in Gibraltar having just returned from international duty with Canada.

Andy Halliday is likely to partner Aribo and Ryan Jack in midfield, while Jones, Ojo and Defoe could form a dangerous front-three.

In defence, Allan McGregor could have captain James Tavernier, Connor Goldson, Edmundson and Borna Barisic playing in front of him.

The Scottish Sun claim Jack, 27, was subject to verbal taunts as he relaxed with friends, with security later getting involved to calm tempers.

Two men are said to have been kicked out the racecourse, with an onlooker saying: “It was out of order.

“The guy was just minding his own business and he got hassled.”

Jack left Aberdeen for Rangers two years ago and has previously been targeted by Dons supporters in the time since.

Abraham aiming to use Chelsea transfer ban to his advantage

“He didn’t do anything to warrant any abuse,” a source told The Scottish Sun.

“He was out for a nice day at the races and ended up getting a hard time from Dons fans.

“He said he’s had it before but that’s no reason why he should tolerate it.”

Earlier this summer, Jack was caught up in an incident involving Rangers team-mate Graham Dorrans, in which the 32-year-old was allegedly attacked outside a bar in Ibiza.

Jack was on holiday with Dorrans and their respective partners, with the former West Brom man requiring medical treatment after reportedly being bottled.

Rangers midfielder Ryan Jack has signed a new contract with the club until 2021.

Jack, 26, who joined from Aberdeen in June 2017, has made over 40 appearances for his current club.

The Scotland international told Rangers TV: “I’m over the moon. When I found out the club was wanting to extend my contract it was a no-brainer.

“I’m delighted to do so and I’m looking forward to what’s to come for the rest of the season.”

He has been a regular for Steven Gerrard’s team this season, playing 25 times as Rangers lie second in the Scottish Premiership table, just a point behind leaders Celtic.