The 2018/19 Premier League season has seen the breakthrough of some immense young talent.

Declan Rice has shone in the middle of the park for West Ham and was rightfully called-up to the England squad for his assured displays in front of the Hammers defence.

While Chelsea’s young winger Callum Hudson-Odoi also dazzled for both Chelsea and England before his season was cut short with an Achilles injury.

Crystal Palace’s Aaron Wan-Bissaka is another who’s had a hugely impressive campaign and he has become of the most reliable full-backs in the division.

But which young stars could break through the ranks next campaign? talkSPORT.com has identified a young player at each club who could light up the top flight next season.

One player Arsenal fans can be very excited about next season is Willock.

The 19-year-old was given a rare start by Unai Emery at Burnley on the final day of the season and he didn’t disappoint, with Gunners fans claiming he is better than both Xhaka and Elneny.

With Aaron Ramsey on his way to Juventus, could Willock be the perfect fit to replace the Welshman? He may well be given his cameo in the Europa League final.

Green is another young player who may be a real breakthrough star of the Premier League next season.

The 20-year-old came on as Villa beat Derby in the play-off final to get promoted to the Premier League on Sunday, and, despite featuring mainly from the bench this term, he clearly has bags of potential.

In the first-leg of the semi-final against West Brom, Green changed the game with his pace and creativity and this led to many Villa fans heaping praise on the youngster.

If he continues to showcase his ability off the bench it won’t be long until he cements a starting spot on the wing for the Premier League newcomers.

Travers put in a stunning performance against Tottenham when he was handed his debut by Eddie Howe.

He produced a string of fine saves to deny Spurs and kept his starting place against Crystal Palace on the final day of the season.

He is by no means the finished product, but the Cherries need a new stopper with Artur Boruc and Asmir Begovic seemingly past their prime.

Brighton signed Argentine playmaker Mac Allister from Argentinos Juniors in January but he was loaned straight back out to see out the rest of the season in his homeland.

Mac Allister looks a very exciting prospect for the Seagulls, having scored five goals in 19 matches in the top flight this season – could he be the man to add some much needed creativity to the south coast side?

McNeill was one of Burnley’s star performers for the second half of the campaign and we can expect him to be one of the first names on the team-sheet next season.

He will be hoping to have a productive pre-season with the first-team and pickup where he left off with some good displays.

Reece James has been a shining light in otherwise unconvincing season for Wigan in the Championship.

Brought in on loan by Wigan last summer as a right-back, James has recently developed into a truly outstanding central midfielder and he’s now viewed as one of the best young English players around.

Chelsea fans already know of his talent and he could be a mainstay for the Blues for years to come.

A lifelong Eagles fan, 20-year-old defender Woods appeared as a late substitute in their Carabao Cup defeat and was on the bench for their 1-0 win over Newcastle.

He has been on the periphery of the first-team for much of the season after impressing for the Under-23s in defence and will be hoping for a breakthrough next campaign.

Gibson was highly rated at Newcastle before he signed for Everton and you can see why.

The 18-year-old has been on superb form for the Everton Under-23s this campaign, putting a string of accomplished displays on the left side of defence.

However, Lucas Digne has had a great debut season in the Premier League and it would take a lot for him to be displaced in the line-up.

Still Gibson could be given a chance in the first-team in cup matches.

Barnes has had a great second half of the season and has been an important player for Leicester, but next year he could really cement his name in the side from the off.

He has great dribbling skills, pace and a good delivery too and with the guidance of Brendan Rodgers in pre-season, he could be a star for the the Foxes next season.

Jones is another player who could set the Premier League alight next season.

The midfielder was given his debut by Jurgen Klopp in the FA Cup earlier this season and has impressed for the Under-23s this term, having scored 4 goals in 13 matches.

James Milner is yet to sign a new contract with the club but they may have a natural successor in their ranks already as Jones looks a very good talent.

Foden has no doubt had a massive season of progression under Pep Guardiola, having made eight more Premier League appearances than last season – and 26 in total.

However, many of his appearances have come off the bench and he is yet to cement a solid run in the team.

Next season, it will be interesting to see how Guardiola plays him as he knows the pressure will be on him to use his outstanding youth more.

Next year could really be the year where he becomes pivotal to Man City’s team.

Greenwood has had a stunning season for the Under-18s and the Under-23s and he was rewarded with a starting spot in United’s last match of the season against Cardiff.

He put in a good performances for the Red Devils and was unlucky not to get on the scoresheet after hitting the post.

He will be hoping he can replicate Marcus Rashford’s rise up the rankings and he will surely get more opportunities under Ole Gunnar Solskjaer. 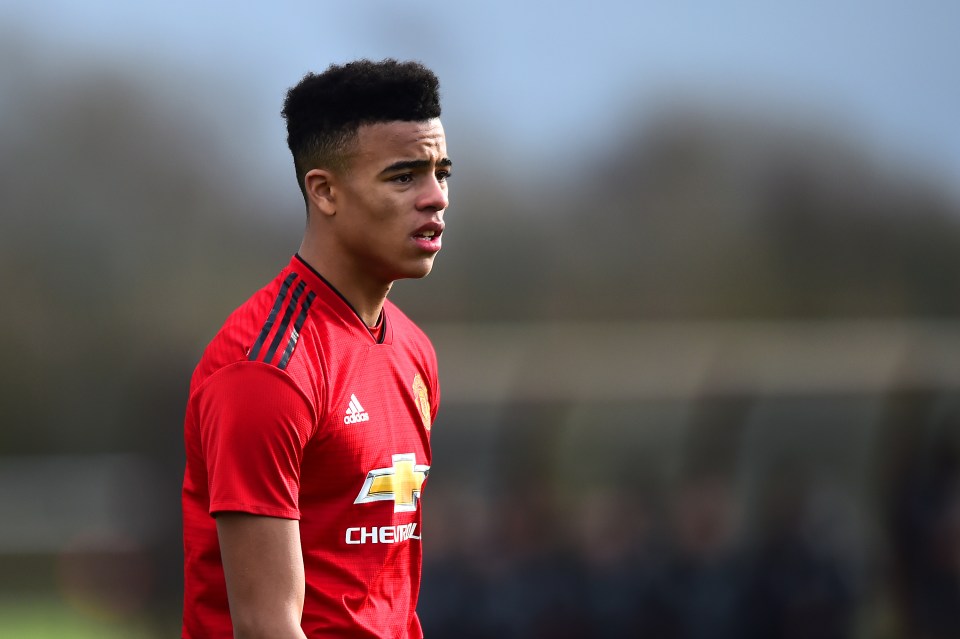 Longstaff was having a superb season before it was cruelly cut short with a knee injury.

He seemingly made the holding midfield spot his own in Rafa Benitez’s set-up and we can expect the same next season.

Many Norwich stars have had brilliant seasons in the Championship and they will likely have a similar line-up next campaign.

However, Thompson, the holding midfielder, could become a first XI regular for the Canaries next term.

He has recently been called up to the Welsh national team after putting in some assured displays in the middle of the park in Daniel Farke’s side.

It will be difficult but he has what it takes to make a name for himself in the Premier League next season.

Ralph Hasenhuttl, bearing in mind the game was against Manchester City, threw Ramsay in at the deep end for his debut in December and he acquitted himself well.

The 18-year-old ex-Chelsea prodigy also featured in the FA Cup, playing at centre-back against Derby County and next season he could cement a spot at right-back in the Saints’ back four.

Dowell has been on loan at Sheffield United from Everton but has been very impressive for the Blades when featuring for them this season.

If he does sign permanently for the newly promoted side, he could become the key playmaker in Chris Wilder’s side on their return to the Premier League.

Skipp, just like Harry Winks, is another player Mauricio Pochettino has shown great faith in.

The 18-year-old has made eight appearances for the Lilywhites this season and has looked the part in most of his outings.

Hernandez, 18, spent the season at Huesca on loan and has been one of few good performers for the LaLiga club.

The 20-year-old scored four goals and assisted three as his side were relegated to the second division.

Hernandez his career for Colombian side Deportivo Pereira, where he netted a stunning 23 goals in 55 games at the age of just 16-years-old.

Diangana, 21, featured in 17 matches this season and was impressive in many of his outings, and uninspiring on other occasions.

The youngster needs to be given more game time in his natural position as it is clear he has bags of talent but must be given a run in the team.

Gibbs-White is undoubtedly talented and has made 20 substitute appearances in the Premier League under Nuno Espirito Santo this season.

He has made five starts but will hope to add to them before the campaign ends.

A fine young playmaker, he should be pushing for regular starts next season and if he doesn’t get them he may need to make a decision on his future. 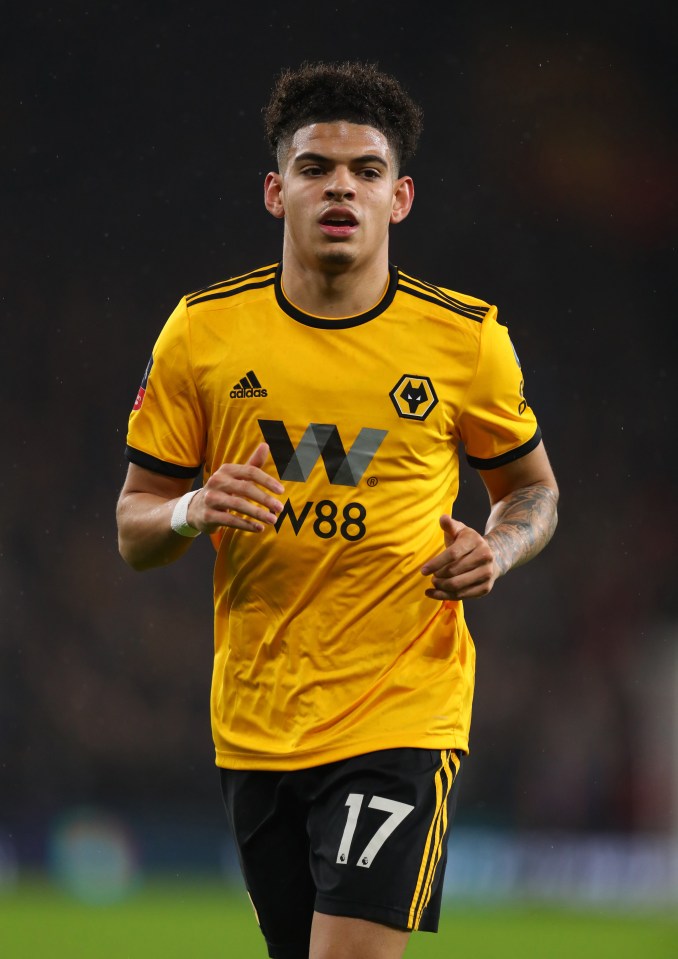