Tammy Abraham has revealed that he recently received a motivational FaceTime call from Brazil’s Ronaldo.

The young Chelsea striker, who is now back at the club following loan spells at Bristol City and Swansea, posted a screen shot of the conversation on Instagram.

He captioned it: “Thanks for your wise words. I feel truly blessed.”

It is unknown how the conversation came about between the two parties, however Abraham would have struggled to find a better mentor.

Ronaldo is widely regarded as one of the greatest strikers ever to play the game. 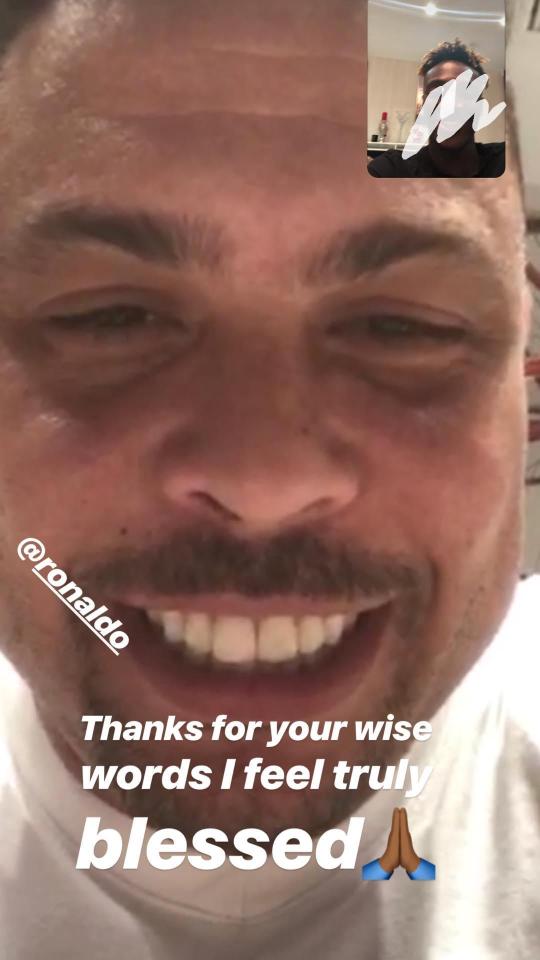 During his career, he played for multiple European giants such as Real Madrid, Barcelona, Inter and Milan.

‘El Fenomeno’ was also a star for his national team, scoring 62 goals in 98 caps.

He was part of two World Cup winning squads for his country, and bagged two goals in the 2002 final against Germany.

Which pots are the English clubs in for the Champions League group stage draw?

Noel Gallagher on 'deluded' Liverpool fans: 'They're like the Queen Mother'