Manchester United’s defeat to Tottenham Hotspur was just the seventh time in the Premier League the club have lost by three or more goals at Old Trafford.

Usually a fortress, they were undone by a spritely second half performance by Spurs, who bullied their weak defence.

The pressure is now mounting on manager Jose Mourinho to turn it around, especially with the transfer window closed, leaving him without the ability to bring in new options.
Can he get his team back on track despite the heavy loss on home soil? talkSPORT.com takes a look back at the previous six times it happened and the way Manchester United reacted.

Jamie Vardy confirms the end of his England career

Allardyce: ‘I had the impression Michael Owen didn’t want to be at Newcastle’

Alisson was not Liverpool's first-choice target as interest revealed

'Mourinho will be gone by Christmas, Man United should move for Pochettino'

Declan Rice choosing England over ROI could be 'terrible mistake'

Real Sociedad enter race for out of favour Everton striker

In the second game of their first Premier League title defence, the Red Devils were soundly beaten by Howard Kendall’s Toffees at Old Trafford, with Peter Beardsley, Robert Warzycha, and Mo Johnston getting the goals.

Even Sir Alex Ferguson took a game to lift the malaise, though, with his side subsequently drawing 1-1 with Ipswich when Denis Irwin levelled following a Chris Kiwomya opener.
They then got their first win of the campaign a match later, away at Southampton, thanks to Dion Dublin’s last minute winner. 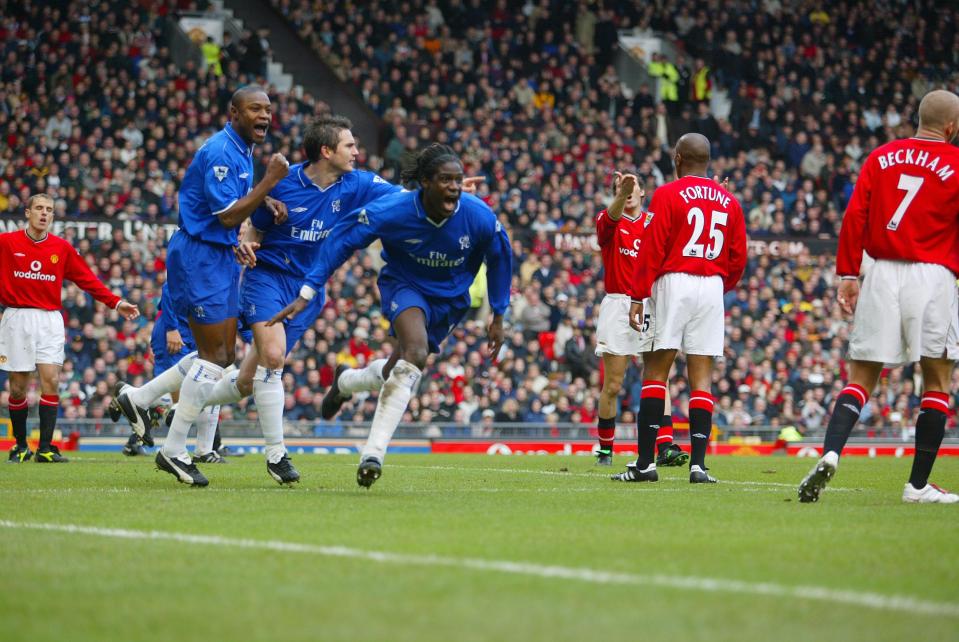 Chelsea star Mario Melchiot celebrates scoring against Manchester United.After a promising start to the campaign, the Red Devils’ season imploded between October 20 and Decemeber 8 as they only won one Premier League match in seven.

The defeat was comprehensive with Mario Melchiot, Jimmy Floyd Hasselbaink, and Eidur Gudjohnsen netted against a side with Laurent Blanc and Roy Keane at centre-back.

Sir Alex Ferguson got a reaction in their next game, with a 3-0 win over Boavista in the Champions League but, in the Premier League, Jermain Defoe condemned them to another Old Trafford defeat with a 64th minute goal.

A 5-0 win over Derby County on December 12, though, got them back on track, sparking a nine game winning streak.

A game remembered by many for Fernando Torres’ complete humiliation of Nemanja Vidic, it breathed life into the title race, allowing Liverpool to gain a vital three points at Old Trafford, with Andrea Dossena’s sumptuous lob finishing off the hosts.

Things didn’t get any better for Man United though as they then lost 2-0 to Fulham a week later with Danny Murphy and Zoltan Gera downing them at Craven Cottage.

Their next victory was one which went down in history, mind you, as Federico Macheda netted in added time to seal a 3-2 comeback victory against Aston Villa on home soil, helping them regain composure on the way to title glory.

Why always him? This was a defining moment in Man City’s arrival as Premier League title contenders as they thrashed the reigning champions in their own backyard, with Mario Balotelli, netting a double and revealing his famous undershirt.

But this time the Red Devils managed to get themselves back on track immediately as they beat Aldershot Town in the League Cup and then Everton in the league.

Unfortunately, though, despite taking it to the final day of the season, they lost the title in astonishing fashion thanks to Sergio Aguero’s stunning added time goal against Queens Park Rangers.

With their visitors attempting to win their first ever Premier League title, the Red Devils were rocked at Old Trafford as two Steven Gerrard penalties and Luis Suarez strike put them to the sword.

Luckily for David Moyes, Robin van Persie hit a hat-trick in the Champions League to give them a 3-0 win, and an aggregate victory Olympiakos.

And a Wayne Rooney double at Upton Park got them back to their best in the league.

Immediately after the win against he Hammers, Moyes’ men were dispatched at home by their noisy neighbours. An Edin Dzeko double and a Yaya Toure effort were enough to down the Red Devils.

But once again the response was immediate with a 4-1 victory over Aston Villa giving Moyes some light relief before his eventual sacking one month later.

So how will Manchester United react this time as they visit Burnley on Sunday? Can Sean Dyche inflict further misery on Jose Mourinho or will the Red Devils bounce back?