“Sheffield United’s head coach is someone with new ideas and I have seen very few people with these ideas.”

Marcelo Bielsa was talking up Chris Wilder’s side way before their promotion to the Premier League.

The Leeds manager, who has been singled out by Pep Guardiola and Mauricio Pochettino for his influence on coaching, faced Sheffield United in the Championship last season and their overlapping centre-backs clearly left an impression.

And Jurgen Klopp – the best in the world right now – is looking forward to their meeting at Bramall Lane on Saturday, which is live on talkSPORT.

“What they do, they do really well in the system they play,” the Liverpool manager said.

“I followed them a lot in the Championship and know how competitive this league is. Going up, the way they did against the teams like Leeds and Derby last season, it’s a big one.

“He’s a really great coach and I’m looking forward to facing his team.” 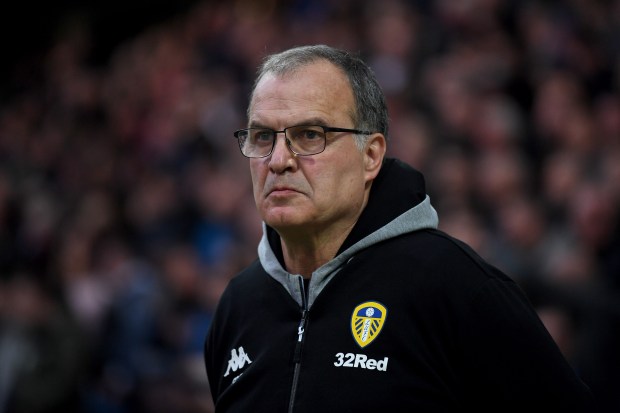 “Sheffield United’s head coach is someone with new ideas and I have seen very few people with these ideas.

“Head coaches look at colleagues to learn from them and we want to learn new things, not what everyone else is doing.

“Usually when you observe someone, you don’t observe what you see everyday, you observe new things.

“The ideas of our next opponent deserve to be studied.

“What I try to do is make the public realise the different styles of football and my goal is to make the fans value this part of the game, which they wouldn’t normally value.

“When I am talking about these features of the opponent, I have the same goal.

“I saw things in Sheffield United that I wanted to develop and I couldn’t do it, I I don’t know the history of the head coach, but he has done very well.”

Wilder is aiming to cause table toppers Liverpool problems and spoke of his desire to be a threat.

“We’re going to have to do a lot of things right and play to the best of our ability,” he told talkSPORT, adding he hopes the front three of Mohamed Salah, Roberto Firmino and Sadio Mane have an off day.

“We’ve got to hope they don’t hit the heights they have for the last three years under a fantastic manager.

“From our point of view, we’ve got to be hard to beat and better in possession.

“In this division, we know we’re not going to have as much of the ball as we have in the past two or three years, but you’ve got to win games here to survive and we’ve certainly had the attitude to try and go out and win whether home or away.

“Individual mistakes have cost so far and high quality finishing has punished us.

“There’s a lot of work, out of possession, that goes into our game as much as it does in trying to take the game to the opposition.”

The popular Wilder is also adamant he can realise his ambitions at Sheffield United, while acknowledging Klopp’s connection with Liverpool.

“There’s a genuine affection between his players and vice versa, the connection with the supporters is there to see.

“From a tactical point of view, I love the way they play and move the ball around the pitch and the way they get it back, too.”

However, he will tell his players to embrace the occasion of playing against some of football’s best and not be overawed by the stars opposite them in the tunnel.

Sheffield United vs Liverpool kicks of GameDay on talkSPORT, with the Premier League clash getting under way at 12.30pm