However, the Reds arguably face their toughest test of the season to date when they travel to 2015/16 league champions Leicester City on Saturday at 12:30.

Jurgen Klopp’s side have a mixed record at the King Power Stadium in recent seasons, succumbing to defeats in the 2015/16 and 2016/17 campaigns.

However, they battled to a 3-2 victory over the Foxes in September 2017.

Leicester will be without striker Jamie Vardy, who is serving the final game of his suspension following his red card against Wolves in the league.

This is great news for Liverpool as the England international has scored seven times in his last eight appearances against the Reds including five in his last five outings against the Merseyside club.

Which pots are the English clubs in for the Champions League group stage draw?

Noel Gallagher on 'deluded' Liverpool fans: 'They're like the Queen Mother'

Dejan Lovren is set to be Liverpool’s only absentee as he recovers from a pelvic problem. So how might Liverpool line-up against Leicester?

Here is the team we expect the Klopp to field against the Foxes: 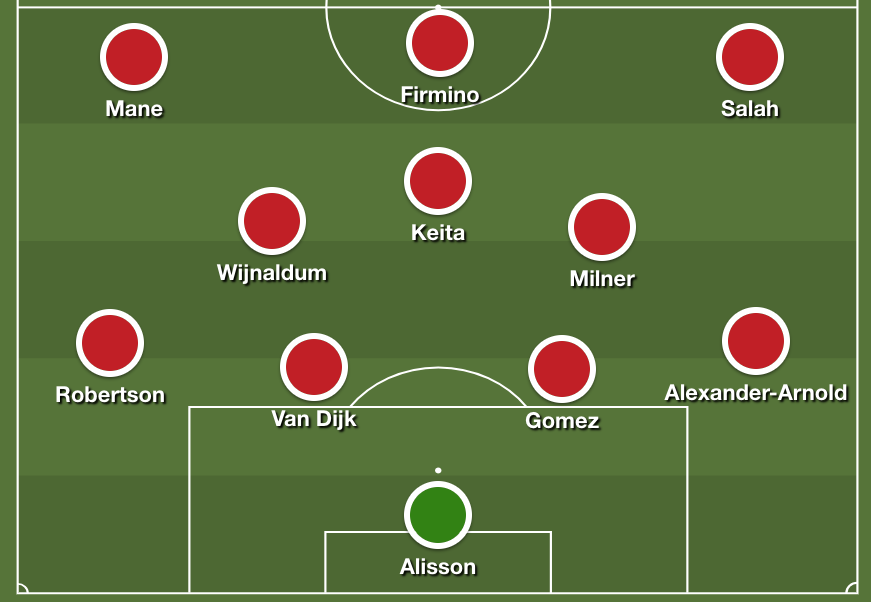 The Reds’ level dropped off in the second-half of their victory over Brighton but as they have had a week to prepare for their next game we expect an unchanged team to be named.

Liverpool have kept three out of a possible three clean sheets so there’s no need to change anywhere in goal or defence.

Club captain Jordan Henderson could make an appearance in what’s set to be a tough game for the Reds but the trio of Milner, Keita and Wijnaldum have been playing very well together so far.

The Salah, Firmino and Mane front line is basically a formality even if Firmino has been slightly off the pace this season.